Future for next gen iPhones: Evolution or revolution?

You can read the tea leaves. Or you can tell the future for iPhone based on accessories spotted in stores.

On Tuesday, Tim Cook, the new Apple CEO, presenting a program entitled “Let’s talk iPhones” to the media, analysts and others in the Cupertino, Calif. company’s HQ.

But iPhone-ologists think they have already spotted in the future, observing the shape of accessories for iPhones to come.

Let’s talk iPhone accessories based on Case-Mate sleeves spotted in an AT&T store.

There is a debate over whether the iPhone 5 will be an evolution of the old shape and design of the iPhone 4 or whether it will be revolution with a brand-new design. Could it be both with two phones?

With the help of a contact in an AT&T store, MacRumors said: “We now have evidence that cases for the rumored iPhone 5 redesign have already begun arriving at AT&T retail stores, as one reader has sent us alleged photos of iPhone 5 silicone sleeves that appear to have arrived at his AT&T store today. Like other cases for the rumored redesign of the iPhone 5, these cases appear to show a tapered design and the mute switch moved to the opposite side of the device.”

But then there is evidence from parts on factory inventories that the new iPhone, tagged as iPhone 4S, is more like iPhone 4.

Mark Gurman at 9to5mac reported: “...next-generation iPhone has made its way into Apple’s inventory system. This new iPhone is the N94 device that we found in the iOS SDK many months ago. This device is confirmed to pack Apple’s dual-core A5 processor, and is likely the device we described with an 8MP camera, 1GB of RAM, Nuance Dictation speech-to-text, and the groundbreaking Assistant feature.”

He added: “Perhaps the most interesting aspect of the new iPhone appearing in the inventory system is that the model number is similar to the one from a purported ‘iPhone 4S’ packaging label we spotted yesterday on a Chinese forum. We quickly dismissed the label as fake due to its unknown origin, but it is now possibly real.”

Read the tea leaves or go to an AT&T store. Or until Cook reveals all -- or maybe some -- next Tuesday. Can you wait? 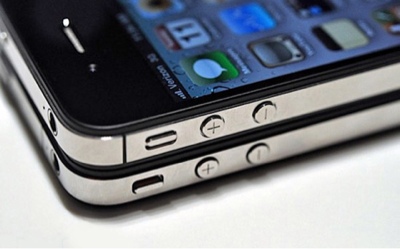