Sprint Confirms It Will Offer Unlimited Data Plan for iPhone

“We will be offering the benefit of our unlimited plans that start at just $69.99,” said spokeswoman Michelle Leff Mermelstein. Sprint’s $69.99 plan includes unlimited data and 450 voice minutes as well as unlimited mobile-to-mobile calling. Unlimited calling and data costs $99.99 a month. (Update: Those prices don’t include a $10 per month surcharge for smartphones, so iPhone users will really be paying $79.99 and $109.99 for their unlimited plans)

Sprint is counting on unlimited pricing to help it stand out from AT&T and Verizon — which will also carry the very same iPhone 4S. In addition, Sprint and Verizon will have the iPhone 4, while only AT&T will have the older iPhone 3GS to offer for free with a new contract.

Both AT&T and Verizon offered unlimited data plans for the iPhone in the past, but have since shifted to tiered pricing for new customers.

As for whether Sprint will be able to handle all of that traffic, Mermelstein said, “We have every confidence in the ability of our 3G network to handle the influx of devices we expect to get. It certainly hasn’t been an issue to date.”

Although a mention of the iPhone still has yet to appear on Sprint’s home page, the carrier is indeed very excited about the ability to finally offer Apple’s smartphone. The company appears to be just making sure all of its proverbial ducks are in a row before shifting into iPhone overdrive. 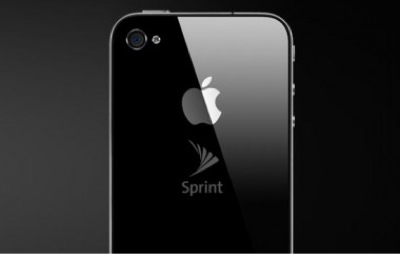