Study says iPhone set for a market share surge in 2012 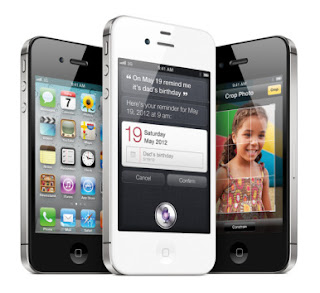 Study says iPhone set for a market share surge in 2012
Five years ago, Apple spent Jan. 9 delivering a keynote that would "steal" the Consumer Electronics Show happening at the same time in Las Vegas, even though Apple never even shows up there.

It was this week in 2007 that Apple announced the iPhone and changed the landscape of technology in a lot of huge ways. The iPhone pounded away at the leaders of the smartphone market, made the app such a ubiquitous idea that the term now appears just about everywhere, and helped set the stage for a blast of smartphones that would dominate the market and change the way we talk about telephones and the things they can do.

A new study from market research firm Yankee Group makes for a pretty good birthday gift for the iPhone. As GigaOM reports, the firm expects the iPhone to make some big gains in market share in 2012. After interviewing 15,000 U.S. shoppers, it found that 25 percent already said they owned an iPhone and 35 percent said they planned to buy one in the next six months.

Of course, studies like this aren't a sure thing, as what consumers say they want to do and what they actually do are two different things with a lot of intervening circumstances in between. But studies like this one can often be a good measure of demand, popularity and buzz, three things the iPhone has going for it, especially since the release of the iPhone 4S late last year.

Phones using Google's Android platform also have a lot of buzz behind them, to be sure. Forty percent of survey respondents said they had Android phones, and 40 percent also said they intended to buy one in the next six months. The real indicator here, Yankee Group believes, is that if consumers stick with their plans, Apple will gain market share in relationship with Android without really taking share away from Google's platform.

Instead, the slice of the pie that will be going to the iPhone will come from the smaller competitors, namely BlackBerry maker Research In Motion and Microsoft's Windows Phone. Only 12 percent of survey respondents said they'd be looking for a BlackBerry in the next six months, though 20 percent said they already owned one. Similarly, 14 percent said they had a Windows phone, but only 9 percent said they wanted to buy one.

The survey also shows that smartphone ownership should increase this year, as well. Currently, the U.S. smartphone market sits at 50 percent of cellular phone customers, and respondents to the Yankee Group survey clocked in slightly lower with 47 percent saying they were smartphone owners. However, some 58 percent said they intended to buy a smartphone in the next half-year, which should translate to an increase in the market size in the U.S.

The iPhone certainly seems to be coasting on a lot of popularity in the last few months, with the iPhone 4S and voice-activated personal assistant Siri the likely reasons. The Siri technology seems to have piqued a lot of interest among consumers and reminded them of how exciting Apple products can be. If the Yankee Group's study is right, that'll translate to more iPhones sold in 2012.