A World of Underpriced Apps - The Software App Cost Debate 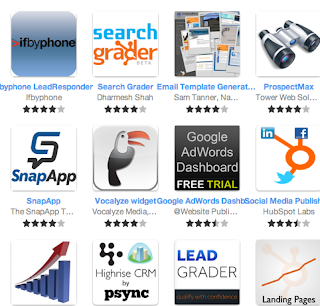 I've been doing some thinking lately about apps and how they're priced in comparison with other daily expenses, and it just seems like some people in my experience have the wrong impression of the costs of software.  Perhaps this is rooted in the free software movement, or in the fact that much of the software on the web and on our phones today is in fact free, and has been for years - but this is a notion that I don't totally agree with.
Don't get me wrong, I'm all about free and open in terms of software development proactice (yes, I belong in the bazaar group), but free and open have become terms that pertain to a platform's openness with their data accessabilty (and potentially even their source code for some), not to the cost of the software or apps built on top of that platform.
Software developers should feel that it's ok to charge for software.  Hell, it takes a lot of work to create software, developers should get paid for what they do, whether part of a company or individually.  The reason for this is not only because developers incur cost and time to ship and maintain software, but because in most cases, that software adds value to its users.
Let me break it down for you like this with 2 scenarios that most of us probably find ourselves in fairly often:
Scenario 1: You're out with some work colleagues, it's a Tuesday - 3pm and you're in need of some coffee. Your colleague recommends a great new coffee shop around the corner from your next meeting - "great espresso" they say, it's a no brainer, you head on over.  When you get there, you discover that they have a great new special drink with "new mocha infused coffee beans" from Guatemala and you can't resist, despite the $5.50 price tag.  When the cashier rings you up, you hardly even notice the price of the coffee before shelling over the dough.  As you taste the coffee, your expectations are somewhat let down - the barista had watered down the coffee a bit, but by the time you notice, you have to run to your meeting and can't ask them to make you a better brew.  Oh well, you drink half and throw the rest away - a fairly disapointing experience overall, but hey, it's just coffee :)
Scenario 2: You're on your lunch break, it's a weekday around 1pm. You've just finished a good lunch with your co-workers and are headed back to your desk to crank through the afternoon. You sit down and quickly pull out your Android tablet and notice a new app in the marketplace that you remember your friend telling you about: "hours of fun" he said, "oh, and Alec Baldwin got kicked off a plane for refusing to turn ot off or something". The price tag reads $1.99 and the screenshots you can see look awesome. You want to try it, but it's $1.99 and you hesitate, not yet ready to commit because of the price.  After putting your tablet down and thinking about it for a while, you decide to buy it later and it turns out to be loads of fun, you literally play it most chances you get when you have free time.  A whole $1.99 well spent.
Hopefully these two scenarios will put some things in perspective for you the next time you're hesitant to try a new app that you know will add value, but are hesitant because of the price.  Or perhaps the next time you're in line at Starbucks ready to buy that $5 coffee.  It can be hard to measure ROI at times, but for paid apps, it's time to give more of them a chance to add value to your daily routine at and away from work.