Best week ever for Apple?

Who wouldn’t want to be the CEO of Apple right now? If there was ever a moment where it seemed like the Cupertino company could do no wrong, this is it. Its stock is in the stratosphere, its products continue to be treated as cultural touchstones, and one of its best-known critics just got thoroughly discredited.

On Thursday the company’s stock hit $600 for the first time. It dipped by about $15 on Friday, but still — it has seen a 50% rise since Tim Cook took over. This is nothing short of miraculous. It’s hard to remember, but there was a time when analysts talked fearfully about a “Jobs premium” that would decimate Apple shares if the founder were to pass on.

That time? Less than a year ago. Yep, score another point for conventional wisdom.

Friday morning saw the launch of the new iPad — yet another extremely well-coordinated sales and media event, the likes of which no other company can come close to managing. You can call it naked consumerism, but that entirely misses the point. Like it or not, these moments are global celebrations, and you don’t have to stand in line to catch the buzz.

This kind of unbridled optimism is rare in our world; we take it where we can get it. That’s why the attempts at mockery by Apple’s rivals seem mean-spirited and tone-deaf. (Did anyone really “get Samsunged” while waiting in line? We doubt it.)

Let’s step back and appreciate what happened here. Apple was able to bring out a tablet that is physically unchanged from its predecessor in almost every respect. It has a confusing name, and one major new feature (the retina display) which, awesome as it is, was hardly a surprise. It was anticipated in the iPad 2 as long ago as 2010.

Granted, half of the tablets had a more unexpected feature — 4G service that doesn’t hog the battery life. But even those of us who didn’t want a 4G iPad lined up in our droves. It’s too soon to talk sales figures, but there is anecdotal evidence to suggest early predictions of a million iPads sold on launch day won’t be far from the mark.

SEE ALSO: The New iPad Is a Pure Joy [REVIEW]
When I arrived at my local Apple Store Friday morning, I found myself back in line exactly as far back as I was for the iPhone 4S launch. The only difference? This time round, it was pouring with rain. Nobody cared. If voters were as committed as Apple consumers, our democracy wouldn’t be in such a shambles.

There’s one thing that could have scuppered Apple in the last six months: the marked increase in criticism over its use of Foxconn factories. Fairly or unfairly (and given the sheer number of consumer electronics companies who use Foxconn to make their products, I’m going to plump for “unfairly”), Apple’s prominence has made it the poster child for dubious labor practices in the heart of industrial China.

A giant chunk of that scrutiny was spawned by the airing of an episode of the NPR show This American Life. Performer Mike Daisey led us on a journey into Foxconn, telling us of guards with guns and children exposed to toxic chemicals. It was harrowing stuff, and led to several online petitions targeting Apple.

So there had to be sighs of relief throughout One Infinite Loop on Friday, when This American Life revealed that Daisey had fabricated those guards and those kids. Not only that, but ABC anchor Bill Weir told Mashable that he’d had his suspicions about Daisey’s claims all along.

Of course, it’s entirely possible that this could be the zenith of Apple’s fortunes. Under Cook, the company is already exhibiting signs of being overcautious. Its last three product launches (Apple TV, iPhone 4S, new iPad) have changed nothing about their outward appearance. We don’t know if the restless prototyping of the Jobs era is gone for good.

Apple wouldn’t be the first company in history to rest on its laurels, to do the bare minimum, or to focus too much on the performance of its stock. If so, Apple fans may look back with nostalgia at this moment, the Ides of March 2012.

But we hope not. We hope for many, many better things from this design-obsessed company. We’re rooting for insane greatness to win out over sane caution. 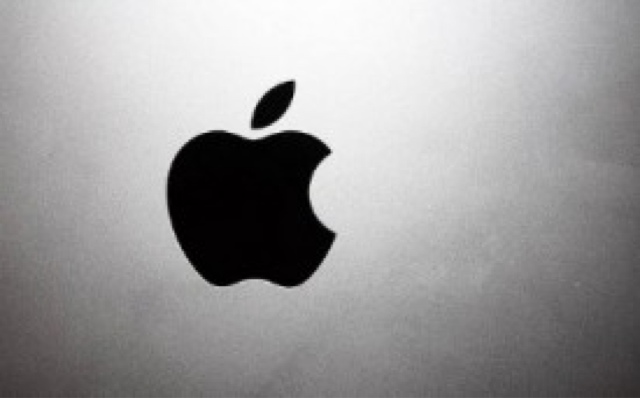