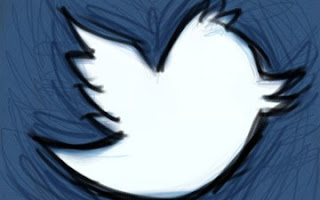 Following Brands on Twitter Increases Purchase Intent [STUDY]
People who follow brands on Twitter are more likely to both buy and recommend those brands' products, according to a recent study of online consumer behavior.

The study, conducted by Constant Contact and research firm Chadwick Martin Bailey, analyzed the behavior of 1,491 consumers ages 18 and older throughout the U.S., and revealed a number of details about how people interact with brands on the world's beloved 140-character social network.

Any increase in customer loyalty is great news for brands, especially those lucky enough to make the coveted list of followed companies. According to the study, though, the chances of making that list are slim, as only 21% of Twitter users follow brands on Twitter, and of those, 79% follow fewer than 10 brands.

If your brand makes it to that highly sought-after status, you're in for the long haul — a whopping 75% of respondents claimed that they had never unfollowed a brand on Twitter. This finding, though, contradicts a previous study, which claimed that 41% of consumers have unfollowed a company on Twitter. The trend seems to favor longevity in both studies, however. If a user opts to follow your brand on Twitter, it's more likely they'll continue following, rather than decide to unfollow.

When it comes to a consumer's decision to follow brands on Twitter, exclusivity and access to promotions reign. Here are the top five reasons given by respondents:

64%: I am a customer of the company
61%: To be the first to know information about the brand
48%: To receive discounts and promotions
36%: To gain access to exclusive content
28%: To receive content/information to retweet and share with others
For the most part, brand interaction on Twitter is still largely a one-way process. While 84% of followers read tweets posted by the brands they follow, only 23% claim to tweet about the brands they follow.

The study offered one final nugget of wisdom that should inform how brands on Twitter approach their content strategies — 67% of brand followers expect unique content from the brands they follow. So get to it, social media strategists!