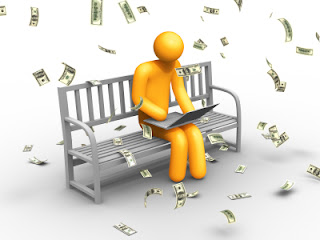 Steve Jobs died more than a month ago, and the media has gone through its two stages of grief: Deification, followed by a backlash to the deification.
The latter was hastened by the publication of Walter Isaacson’s Steve Jobs bio, which presented a warts-and-all version of the Apple founder that contrasted with the airbrushed image that emerged from obituaries.
By now, many are grappling with the contradictions of the more fleshed-out and realistic Steve Jobs, but also attempting to learn from the Steve Jobs story. Many might be wondering if it’s possible to emulate some of what Jobs achieved without the pettiness and obsessiveness. Of course, we’ll never know, but when reading over Isaacson’s bio and reviewing Jobs’ achievements, it is possible to pull out what seem to be transferable traits, ideas and attitudes. Below are five such attributes that any business owner can embrace, even if they don’t have Jobs’ one-in-a-billion eye for design or mercurial personality.

The first three tenets of what would become Jobs’ philosophy actually came from Mike Markkula, angel investor and second CEO of Apple. In 1977, Markkula wrote a one-page paper titled The Apple Marketing Philosophy that stressed the notion that Apple should emphasize with the needs of the consumer. “We will truly understand their needs better than any other company,” Markkula wrote. Jobs embodied this philosophy throughout his career: He saw himself as the consumer’s advocate within the company and demanded that all Apple devices made under his watch be as user-friendly as possible.

“In order to do a good job of those things that we decide to do, we must eliminate all of the unimportant opportunities,” Markkula also wrote. The best example of how Jobs lived this tenet out was in 1997, when, after having returned to Apple as interim CEO, he cut 70% of the products that Apple was working on. In one meeting that September, Jobs drew a matrix with four quadrants. One was “Pro” and one was “Consumer,” and underneath those were “Desktop” and “Laptop.” Jobs also got Apple out of the printer business and killed off the Newton, its personal digital assistant. “This ability to focus saved Apple,” Isaacson wrote, noting that in his first year back, Jobs laid off more than 3,000 people, which “salvaged the company’s balance sheet.”

Markkula’s final diktat was basically that people do judge a book by its cover, so it’s important that Apple put its best foot forward in all communications with the customer. Markkula dubbed this concept “impute” and explained it thusly: “We may have the best product, the highest quality, the most useful software, etc. If we present them in a slipshod manner, they will be perceived as slipshod; if we present them in a creative, professional manner, we will impute the desired qualities.”
Again, you don’t have to look far to see how Jobs carried this through. From the packaging of Apple products to the type of stone used in Apple Stores (it’s gray-blue Pietera Serena sandstone from Il Casone, a family-owned quarry in Firenzoula, outside of Florence, if you were wondering), there was always an eye on presentation.

4. Draw Inspiration from Outside Your Business

Jobs viewed himself as an artist and drew inspiration from the Beatles and Bob Dylan rather than industry contemporaries like Bill Gates and Larry Ellison. (The former was a frenemy, the latter a close friend, but Jobs doesn’t seem to have emulated the approach of either at Apple.) In 1981, Jobs also attended the annual International Design Conference in Aspen, Colorado, which focused on Italian style and included people outside the tech industry, like architect/designer Mario Bellini, filmmaker Bernardo Bertolucci, car maker Sergio Pininfarina and Fiat heiress Susanna Agnelli.
“I had come to revere Italian designers, just like that kid in Breaking Away reveres Italian bikers,” Jobs told Isaacson, “so it was an amazing inspiration.” Jobs also saw parallels between how the Beatles perfected “Strawberry Fields Forever” and how Apple builds its products. “They did a bundle of work between each of these recordings,” Jobs told Isaacson. “They kept sending it back to make it closer to perfect. The way we build stuff at Apple is often this way … we would start off with a version and then begin refining and refining, doing detailed models of the design or the buttons or how a function operates. It’s a lot of work, but in the end it just gets better and soon it’s like, ‘Wow, how did they do that?!? Where are the screws?’”

5. Don’t Focus on the Money

As Isaacson details, Jobs had a conflicted relationship with money, but it’s safe to say that it wasn’t his primary motivation. His Palo Alto home was well-designed and might be considered opulent by some, but it was no mansion. Jobs also had disdain for people who started companies just to sell them. “My passion has been to build an enduring company where people were motivated to make great products,” Jobs told Isaacson. “Sure, it was great to make a profit, because that was what allowed you to make great products. But the products, not the profits, were the motivation.”
Posted by Unknown at 11:49 AM