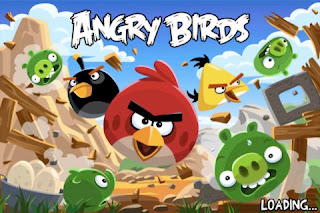 App piracy is something which is a real problem for many iOS developers, especially the smaller, independent ones. Things don’t get much easier for the big guys, either.
Rovio, the people behind Angry Birds, also suffer from a spot of piracy, and not just of the variety, either. All sorts of merchandise is being made and sold in Asia, with Rovio getting nothing by way of monetary compensation. But that doesn’t seem to bother Rovio’s CEO Mikael Hed.
In fact, he seems to be surprisingly happy about it…
See, Hed believes that while piracy is indeed a problem, it does actually help to build a fan base, whether through official channels or not.
Speaking at a music conference in Cannes, Hed said that ”tons and tons” of unofficial toys and the like are being sold and that app piracy is widespread. But that’s OK, because Rovio would rather continue to build its fan base rather than spend time trying to stop those nasty pirates.
It’s an interesting approach, and one that former Rovio CEO Peter Vesterbacka also took to an age-old issue that has troubled the gaming industry since the very beginning.
We’re just not so sure we agree with it.
Oliver Haslam, Jan 31, 2012
Posted by Unknown at 11:50 AM